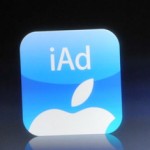 Apple announced today that they will release their iAds mobile advertising network on July 1st. This network will allow advertisers to show interactive ads within apps allowing customers to see ads, make purchases, and compensate developers all without leaving the iPhone / iPad application.

This could be a big game changer and a major boost to iPhone, iPad, and iTouch application developers who now have another major source of revenue. Apple will share 60% of the advertising dollars with developers who joine the iAd Network.

Can Apple to for Apps Developers what Google Adsense did for Bloggers? Only time will tell, but the future looks good!

For more information on iAds and the iAd Network, visit http://www.iadtoday.com

Here is a Demo from Steve Jobs: